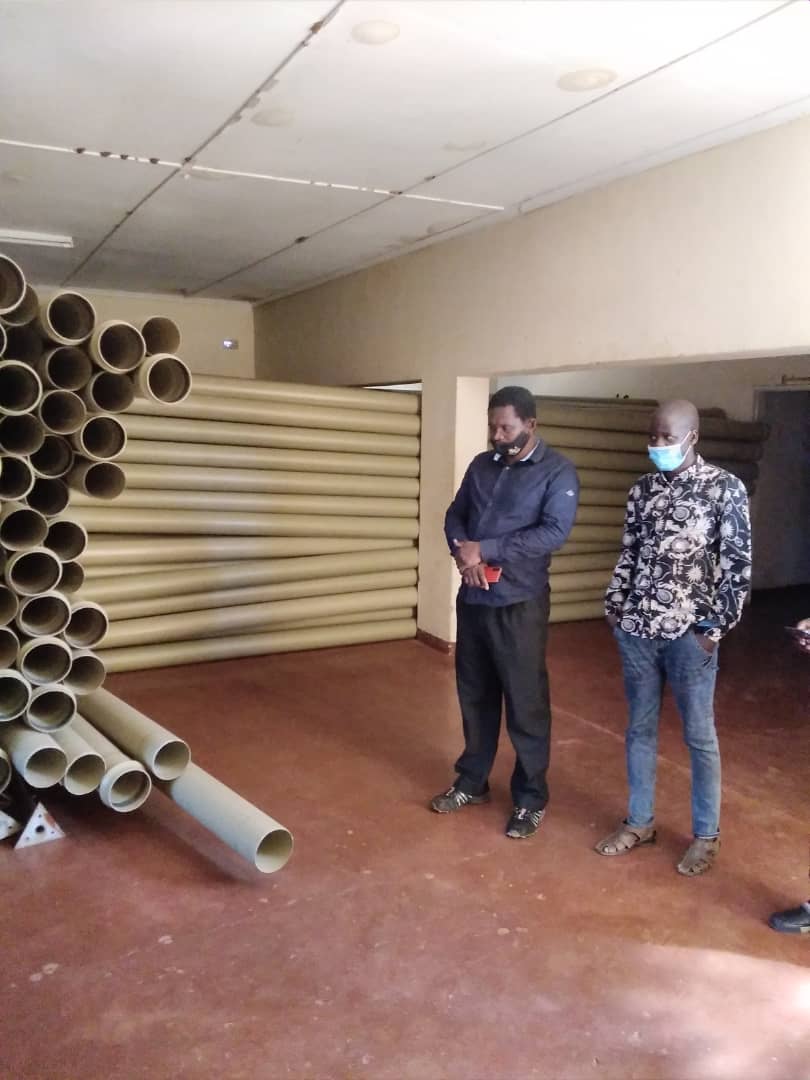 A team comprising the Mayor, Councillors, Acting Town Clerk, and officials embarked on an assessment tour of ongoing Council infrastructural projects within the Municipal area on the 22nd  July 2021, to get an update on implementation progress vis-à-vis set targets.

The team mainly targeted water and sanitation projects as well as roads rehabilitation projects. Notable progress was observed at sites where upgrading of sewer lines was underway in the Kaguvi Phase I area, where perennial sewer blockages had been observed. Some of the sections had already been completed and residents had already started enjoying some relief. A section of Rifle Range Extension had also been connected to the Municipal water supply system and affected residents had already started accessing Municipal water. The project was on course for completion, ahead of the 2021-2022 rain season. Council was also rehabilitating roads, both in the high density and low density areas such as Rifle Range, Kaguvi Phase I and road opening in Kaguvi Phase IV. Reconstruction of Cattle Trail and Concession Hill roads had gathered momentum, with contractors at various levels on project implementation.  Council has targeted to complete all the ongoing infrastructural rehabilitation projects by end of October 2021, completion of which would bring some relief to the citizens of the Municipal area.